On this day in 1951, the visiting Indianapolis Olympians beat the Rochester Royals in six overtimes in what is still the longest game in National Basketball Association history.

This was in the early days of the NBA, three years before the league adopted its current 24-second shooting clock.  The season began with the league setting another record as the Fort Wayne Pistons beat the Minneapolis Lakers 19-18 in what remains the lowest scoring game in NBA history.

In this game, the Olympians and Royals were tied at 65 at the end of regulation.  As the Rochester Democrat explained,

[For] more than 26 of the 30 overtime minutes, the ball stayed neatly tucked away under an arm of a Royal or Olympian player. One or another player just stood there with the score tied, waiting out the clock for a last-second ‘nothing-to-lose’ shot. … Customers who complained were burned up at the unchallenged freeze. For the Olympians, it sure wasn’t good basketball, but it paid off.

As a result, in two of the overtime periods, there was no score and the winning basket – a breakaway layup in the final seconds -were the only points scored in that period.

The game broke the record set in 1949 when the Syracuse Nationals defeated the Anderson Packers 125-123 in 5 overtimes.  Since then, only one game has surpassed the four overtime mark and that was in 1989 when the Milwaukee Bucks beat the Seattle Sonics 155-154 in 5 overtimes.

The Olympians also made history the next night as explained by NBAHoopsOnline:

Because of the length of the game the Olympians missed their train to Chicago. The team instead took a train to Detroit where they chartered a flight to Molina, IL. Unfortunately, the plane could only accommodate 5 players, so the Olympians sent their starting 5 and the rest of the team had to take a bus. The bus arrived shortly after the game against the Blackhawks had ended and thus marking the only time in NBA history where a team has used only 5 players.

As the Indianapolis Star noted, it was “[i]t was all downhill for the Olympians soon after the record game.”  In the 1951-52 season, the Olympians, which were founded by a nucleus of players who were on the 1948 and 1949 University of Kentucky national championship teams and the 1948 Olympic team, had two of their stars arrested and convicted for point shaving while at Kentucky and banned for life from the NBA.

The Olympians folded after the 1952-53 season.  Professional basketball would not return to Indianapolis until 1967 with the debut of the American Basketball Association’s Indiana Pacers who then joined the NBA in the 1976-77 season.

The Rochester Royals would go on to win the NBA title that year.  Sadly, it is the franchise’s only title and appearance in the NBA Finals.  As explained by the Rochester Democrat, “[u]ltimately, Rochester wasn’t big enough to support an NBA team, and the financially strapped Royals left town after the 1956-57 season.”

The Royals then began a migration west, playing in Cincinnati from 1957 to 1972, before moving to Kansas City where they became the Kings.  For three years, the Kings split their home games between Kansas City and Omaha.  In 1985, the Kings moved to Sacramento where they remain. 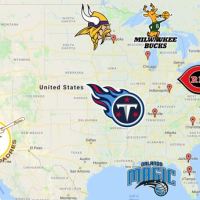 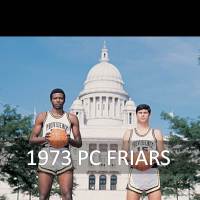 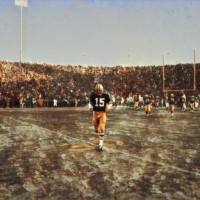 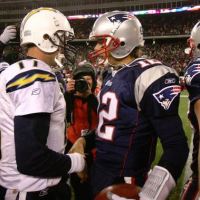